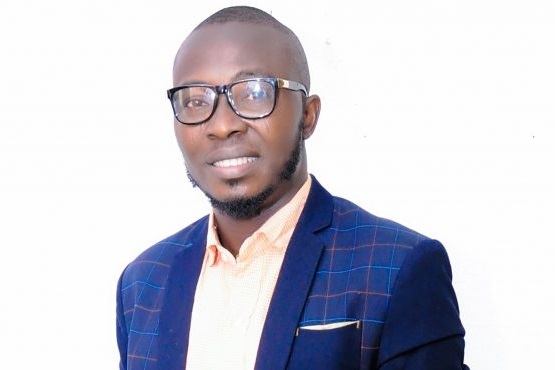 Oladeinde is a promoter of ideals of an egalitarian Society where justice, equity, accountability, transformation, respect for human rights and societal development is sustained via the instrumentality of a vibrant-free and incorruptible Media system.

Recently, Oladeinde was selected alongside 11 other journalists from Africa to participate in the Climate Tracker’s Investigative Journalism Fellowship.

The Climate Tracker fellowship creates a supportive environment for its fellows to delve into reporting key energy issues in their countries, expand their journalism skills and experience, collaborate with other fellows from across Africa, and work with the organization to pitch their stories for international publication.

Oladeinde, a thorough bred investigative reporter with Premium Times online paper, was also among the three finalists in the 2019 AMDF Journalist of the Year Awards, held in Kaduna – Nigeria last December.

In 2017, he was nominated in the journalism category of The Future Awards Africa, held in Lagos.

In 2018, he was a recipient of the West Africa Media Excellence Awards (WAMECA), held in Ghana; as well as the Nigerian Breweries Golden Pen Awards, held in Lagos.

In December 2018, alongside other young journalists across Africa, he was named “Global Goalkeeper” by the Gates Foundation at an elaborate ceremony in South Africa, in recognition of his reporting of the global goals.

Last October, he was among 12 finalists from around the world shortlisted for the 2019 Thomson Foundation Young Journalist Award. He also clinched the big prize as the 2019 Capital Market Reporter of the Year at the PwC Awards for Excellence in Financial Journalism.

Last year, he was among finalists selected from across Africa at the Sanlam Award for Excellence in Financial Journalism ceremony, held in South Africa.

Mr Oladeinde is a 2018 recipient of the prestigious Wole Soyinka Award for Investigative Reporting (WSAIR), a 2018 fellow of the Natural Resource Governance Institute (NRGI), as well as a 2019 fellow of the African Science Literacy Network (ASLN).